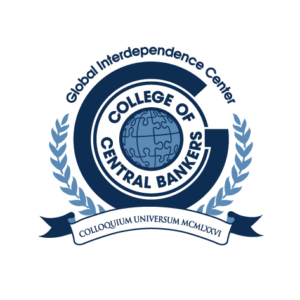 GIC enjoys a long and trusted rapport with current and former leaders of central banks both in the US and across the globe. Through their  participation in our events, the GIC offers a distinguished, neutral platform for thought leadership on important macroeconomic and socially important topics – many in central banking and monetary policy.

The Fellows of the College of Central Bankers are:

Donate to support the College of Central Bankers!

The GIC College of Central Banking blog series allows Fellows of the GIC community to publish thoughts and findings on issues relating specifically to the Central Banking industry. We encourage you to explore the below posts and share your thoughts in the comments.

The College and its membership operates within the GIC umbrella and with GIC’s administrative support.