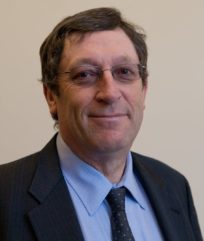 David Blanchflower CBE is a leading labour economist, tenured economics professor at Dartmouth College, Hanover, New Hampshire. He is also a Research Associate at the National Bureau of Economic Research and part-time professor at the University of Stirling in the UK. He makes frequent tv and radio appearances and is a Bloomberg TV contributing editor and writes a column in the Guardian newspaper.

He was an external member of the Bank of England’s interest rate-setting Monetary Policy Committee (MPC) from June 2006 to May 2009. While on the MPC David voted consistently for low interest rates well ahead of the other members of the committee. David received the Princeton University’s Richard A. Lester Prize for “the most outstanding book in Industrial Relations and Labor Economics published in 1994”, and was named the “Business person of the year” by the Daily Telegraph, in their Great Britons of 2008 awards. He was also made a Commander of the British Empire (CBE) in the Queen’s Birthday Honours List in June 2009, for “services to the Monetary Policy Committee and economics”.  He recently published a Princeton University Press book on the labor market – Not Working: Where Have all the Good Jobs Gone?