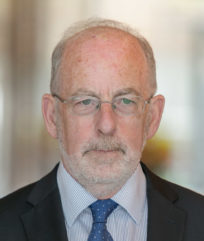 Former Governor of the Central Bank of Ireland

Patrick Honohan was Governor of the Central Bank of Ireland and a member of the Governing Council of the European Central Bank from September 2009 to November 2015.  He is an honorary professor of economics at Trinity College Dublin and a nonresident senior fellow at the Peterson Institute for International Economics.  Previously he spent twelve years on the staff of the World Bank where he was a Senior Advisor on financial sector issues and led half a dozen of the first wave of FSAPs for developing countries. During the 1990s he was a Research Professor at Ireland’s Economic and Social Research Institute.  In the 1980s he was Economic Advisor to the Taoiseach (Irish Prime Minister) Garret FitzGerald.  A graduate of University College Dublin, he received his PhD in Economics from the London School of Economics in 1978.  He has published widely on topics in financial sector economics, especially central banking. He was elected a member of the Royal Irish Academy in 2002.