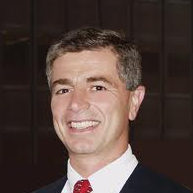 Taylor started as an economist at the Philadelphia Fed in 1981. He was later named head of the research department’s macroeconomics section, which is responsible for briefing the bank president on monetary policy issues. In 1991, he became the bank’s public affairs officer with responsibility for its external outreach, media relations, and public education programs. He has given numerous speeches on the economy and the role of the Federal Reserve System throughout the bank’s Third District, which encompasses eastern Pennsylvania, southern New Jersey, and Delaware.

Taylor is a member of the National Association for Business Economics. He currently serves on the boards of Economics Pennsylvania, which supports economic and financial literacy in primary and secondary schools; the CFA Society of Philadelphia, a local chapter of the international organization for Chartered Financial Analysts; the Bond Club of Philadelphia; and the Global Interdependence Center.