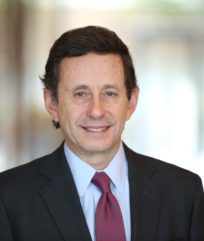 Former President of the Central Bank of Chile

José De Gregorio is a Full Professor and Dean of the School of Economics and Business of Universidad de Chile. He is also a nonresident senior fellow at the Peterson Institute for International Economics, member of the board and financial advisor at several private companies and consultant in international financial organizations.

He was the President of the Central Bank of Chile from 2007 until 2011, after being its Vice-President from 2003, and member of the Bank’s Board from 2001. During 2000 and 2001, Mr. De Gregorio was Minister of Economy, Mining and Energy. Between 1997 and 2000 he was a professor and head of post-graduate programs at the Center of Applied Economics at the University of Chile. From 1994 to 1997, he held the position of Coordinator of Economic Policy at the Ministry of Finance. From 1990 to 1994 he worked as an economist in the research department of the International Monetary Fund. He has also been a visiting scholar at the IMF, the World Bank and visiting fellow at the Peterson Institute of International Economics, and visiting professor at the Anderson School, UCLA.

During his professional life he has received a number of honors and awards, such as “Central Banker of the Year in Latin America for 2008,” awarded by The Banker, member of the Financial Times editorial group; named “Distinguished Industrial Engineer of 2007” by the Industrial Engineering-Universidad de Chile Alumni Association; and “Economist of the year” by El Mercurio in 2011, among others. He is ranked as the top academic in Latin America in publications and cites and in the top 2% worldwide in the bibliographic database ideas.repec (https://ideas.repec.org/).

He has a degree in civil engineering and a master’s degree in engineering from the University of Chile, where he received the “Marcos Orrego Puelma” award for the best graduate of his generation. He obtained a Ph.D. in Economics from the Massachusetts Institute of Technology (MIT) in 1990.

He has published four books, including IMF Reform: The Unfinished Agenda (co-authors: B. Eichengreen, C. Wyplosz y T. Ito, 2018) and How Latin America Weathered the Global Financial Crisis (PIIE, 2014). He is also the author of more than one hundred articles in international academic journals and books on issues including monetary policy, exchange rates, international finance and economic growth.