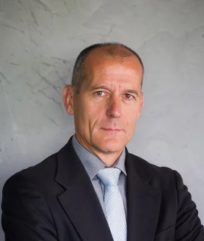 Chairman of the Supervisory Board of the ČSOB Group

Zdeněk Tůma is currently the Chairman of the Supervisory Board of the ČSOB group and worked in the last decade as the Partner responsible for financial services in KPMG Czech Republic. His most important engagement in the past remains the position of the Governor of the Czech National Bank. He was also a member of the General Council of the European Central Bank, represented the Czech Republic in the IMF and the International Payments Framework.

He graduated from the University of Economics in Prague and, after completing his post-graduate studies at the Czechoslovak Academy of Sciences, he became the Director of the Department of Macroeconomics at the Faculty of Social Sciences at Charles University, where he was named Associate Professor. He still lectures at Charles University in Prague. He was and is a member of various scientific and administrative councils of Czech universities, and is also a member of the Czech Economic Society, also serving as its President in the past. He is the Vice-Chairman of the Administrative Council of the English College in Prague and a member of the Supervisory Council of the Committee of Good Will – the Olga Havel Foundation.