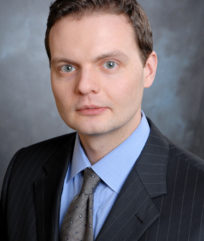 Mr. Rissmiller is a founding Partner of Strategas and has directed the Firm’s macroeconomic research efforts since 2006. He oversees Strategas’ thematic research as well as high-frequency econometric forecasting.

Prior to co-founding Strategas in 2006, Mr. Rissmiller was an Economist and Managing Director at International Strategy & Investment (ISI) Group. Before joining ISI, he worked at the Federal Reserve Bank of New York, focusing on the analysis of U.S. macroeconomic data and price/wage forecasting models. He is frequently quoted in the financial press. He has been the president of the Forecasters Club of New York, a local group of economists. He has been a winner of their economic forecasting competition. He also serves on the board of the Global Interdependence Center (GIC) based in Philadelphia, and was the chair from 2018-2019.