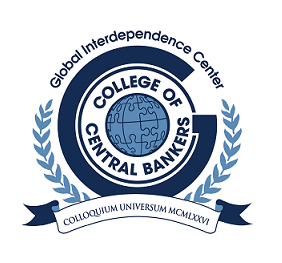 The Global Interdependence Center is delighted to announce the induction of two new Fellows into its College of Central Bankers. The newly inducted Fellows are:

Dr. Frenkel is currently the Chairman of the Board of Trustees of the Group of Thirty (G30) which is a private, nonprofit, Consultative Group on International Economic and Monetary Affairs. Mr. Tůma is currently the Chairman of the Supervisory Board of the ČSOB group and worked in the last decade as the Partner responsible for financial services in KPMG Czech Republic.

Peter A. Gold, GIC Board Vice-Chair and Chair of the College of Central Bankers, commented on the most recent inductees: “We are honored to welcome Dr. Frenkel, Mr. Tůma, and Dr. Altig to the College’s unique group of Fellows and Advisory Board members. Their expertise will bring tremendous value to our work.”

Please click here for a media kit of photos of each College of Central Bankers Fellow.

The College and its membership operate within the GIC umbrella and with GIC’s administrative support.

About the Global Interdependence Center: The Global Interdependence Center (GIC) is a Philadelphia-based nonprofit organization that seeks to stimulate thoughtful, global dialogue on a wide range of issues that affect the international community, including economics, health care and government. GIC convenes conferences and roundtable discussions, both domestically and internationally, to identify and address emerging global issues. For more information, visit GIC’s website at www.interdependence.org.

About the College of Central Bankers: The Global Interdependence Center’s College of Central Bankers initiative provides a platform for former leaders of the world’s central banks and similar institutions to share their unique combination of hands-on experience and continued thought leadership on important global issues facing economies and effecting the quality of life. GIC enjoys a long and trusted rapport with current and former leaders of central banks both in the US and across the globe. Through their participation in our events, the GIC offers a distinguished, neutral platform for thought leadership on important macroeconomic and socially important topics – many in central banking and monetary policy.

Long Covid Conference on Research, Policy, and Economic Impact set for May 19"