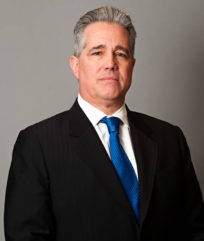 Michael Drury is the chief economist for McVean Trading & Investments, LLC. He joined the firm in 1992, after serving for five years as senior economist with Allen Sinai at Shearson Lehman Brothers and its successor firms. Michael began his career in New York in 1982 as senior economist at A. Gary Shilling and Company. He received his B.S. in economics from the Georgia Institute of Technology and did his graduate work at the University of Wisconsin-Madison.

Michael assesses macroeconomic developments around the world to help develop hedging strategies using futures markets in interest rates, currencies and industrial materials. He travels extensively in the United States and China, as well as to Japan, Europe and Latin America. Michael is the author of McVean Trading’s “Weekly Economic Update.” He is the chairman emeritus of the Global Interdependence Center, president of the Economic Club of Memphis, was the founder and first president of the MidSouth Association for Business Economics (a chapter of NABE), and is a member of the National Business Economic Issues Council (NBEIC) and a non-resident member of the American Chamber of Commerce in Beijing. Michael lives in Germantown, Tenn. with his wife, Mahrou, and has three children.