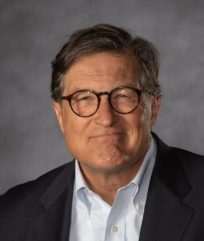 Dr. Lacker joined the faculty of the VCU School of Business this year after serving over 12 years as President and CEO of the Federal Reserve Bank of Richmond, from August 2004 to April 2017. In that role, Lacker participated in meetings of the Federal Open Market Committee, the monetary policy arm of the Federal Reserve, and served four rotations as a voting member. As head of the Richmond Fed, he led an organization of 2,700 employees over several states with responsibilities in bank supervision, electronic payments, economic research and understanding local economic conditions.

Prior to being named President, Lacker served as Senior Vice President and Director of Research. Lacker was an assistant professor of economics at the Krannert School of Management at Purdue University from 1984 to 1989 before joining the Richmond Fed in 1989 as an economist. While at the Richmond Fed, he taught at The College of William and Mary from 1992 to 1993, and was a visiting scholar at the Swiss National Bank in 1997.

Lacker is a native of Lexington, Kentucky. He received a bachelor’s degree in economics from Franklin & Marshall College in 1977. Following graduation, he joined Wharton Econometrics in Philadelphia, Pennsylvania, and went on to earn a doctorate in economics from the University of Wisconsin in 1984.

Lacker serves as director for the boards of the Council for Economic Education and the World Affairs Council of Greater Richmond. He serves on the University of Richmond board of trustees and is also a member of the advisory board of Side by Side.