As our 40th anniversary year draws to a close, I wanted to share some travel highlights of GIC’s international destinations beyond those that took place in 2016. My first opportunity to manage a program abroad took place in June 2010, during our events in Prague and Paris.  For the first time, I was able to put a face to so many of the names of those with whom I had been corresponding and placing into program agendas during my first two years at GIC and many of whom I’d continue to work with through our international programs in years to come. 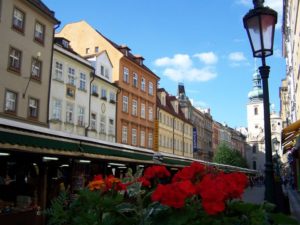 I often think of my first trip with GIC as one of my most valued learning experiences in international event planning. This program took place in two cities, which, six years later, has become quite commonplace in our program formatting.  Prague is a beautiful city, rich with history and with much to see.  I recall our delegation covered many of the sights on a lovely walking tour which included Prague Castle, one of the largest castles in the world, the imposing St. Vitus Cathedral which dates back to the 14th century, concluding with lunch at the Palffy Palace overlooking the stunning gardens and breathtaking views of the city. You’ll also find the historic Charles Bridge, the Old Jewish Cemetery and Prague’s Old Town Square; a postcard-perfect setting with horse-drawn carriages in front of the mighty Tyn Church. The streets are lined with shops selling deep red garnet gem stones; which have been mined in the country for centuries.  Czech cuisine can be an acquired taste with heavy meat and gravy dishes, however its beverages are sure to please the pickiest patron.  Prague’s freshly poured drafts of Pilsner Urquell and Budweiser (not to be confused with the ‘King of Beers’ in the US) had converted me into a beer snob, if only for 72 hours.  While on the subject of local libations, be sure to sample some Becherovka; the Czech Republic’s signature herbal liqueur whose pine-like qualities can best be described as Christmas in a shot glass.  Na zdraví, indeed! 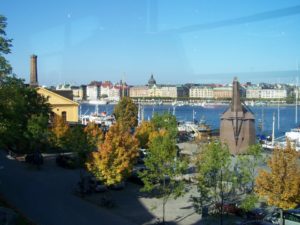 The following year, GIC held programing in two Nordic destinations: Helsinki and Stockholm. This was  GIC’s first trip to Helsinki in June 2011 (we returned again this June, ironically on the same exact dates) during the lush midsummer season, the season in which the sun does not fully set. On both occasions, I found myself somewhat sleep-deprived but nonetheless enamored by Helsinki’s quaint seaside charm. With constant daylight in the summer and nonstop darkness in the winter, it’s no wonder the Finns consume the most coffee per capita in the world.  Helsinki has plenty of shops and restaurants to satisfy this hungry tourist and a great combination of both can be found at Stockmann, an attractive eight-floor upscale department store with cafes, a grocery store, champagne bar, even a sushi bar amidst clothing, cosmetics and souvenirs.  The highlight of both events in Helsinki was when the Bank of Finland invited GIC to bring our delegates on a private cruise through the Gulf of Finland archipelago to the Bank’s private seaside villa for dinner.  The cheer put forth by the Finnish community during the summer months is contagious. And while the perpetual summer sunlight may lure you into the wee hours and mock you as you try to seek rest, I promise, you’ll still leave Finland with nothing but fond memories.

Later that year, GIC took a delegation of members to Sweden, just one month before celebrating this nation at our annual fundraising gala. Sweden and Finland share some popular regional cuisines, one of which is reindeer, which can come in a multitude of preparations from steak to mousse.  However, if like me, you find Rudolph to be a friend, not food, fear not.  Stockholm taught me about a fabulous European-based restaurant franchise called Vapiano which specializes in delicious made-to-order pasta dishes, pizzas and salads. Each table is outfitted with adorable potted homegrown herbs to enhance your meal. I am not ashamed to admit I ate here more than once while in Stockholm, and London, and Helsinki….and even Washington DC!    One of my favorite memories in Stockholm was GIC’s invitation to a private dinner hosted by Swedbank at the Vasa Museum.  This museum, opened that evening exclusively for our group, displays the only (almost) fully intact 17th century ship that has ever been salvaged.  Here you’ll learn the tragic story of the 64-gun warship, Vasa, that sank on her maiden voyage in 1628 less than one mile from the port. 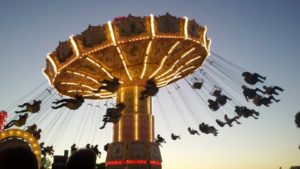 After spending over 300 years on the sea floor, the ship was dredged up, repaired and is now housed in the most visited museum in Scandinavia, located on Stockholm’s island of Djurgården. Locals claim there are 34,000 islands in Stockholm’s archipelago, but sticking with this island of Djurgården which has a second attraction worth noting; an amusement park called Gröna Lund. A Walt Disney World kid at heart, it was here that after GIC’s conference, while my sister and I were out sightseeing via the city’s bike-share program, that we found ourselves as impromptu guests in a private event for a well-known cellular company who had bought out the theme park for its employees. (It should be noted that in our travels, whether it’s 90 minutes to the Jersey Shore or 9 hours to an obscure Scandinavian island, Molly and I tend to find ourselves in the most unpredictable circumstances.) In our own private party, we played games, rode roller coasters and drank hot chocolate as the sun set over Stockholm. 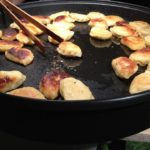 If you ask me, everyone should visit Poland at least once in their lifetime.  With glamourous competitors nearby it may seem like an outlier as a European destination but Poland is so immersed in history, it is so worth your time. Not to mention, the currency exchange from the Dollar to Złoty makes Poland an incredible value.  GIC’s program took place in May, which provided the perfect climate to explore its sights, sounds and surroundings.  We began in Warsaw and concluded in Krakow where my sister and I achieved our ten-day long pierogi and ice cream diet – Poland flourishes in both. In Krakow, we happened upon a Hungarian food and wine festival where we thoroughly enjoyed sampling the regional wursts, brats and sausages. We also learned that if you’re looking for Polish wine,  it’s called vodka.   In between the cities, our delegates traveled via motor coach stopping at the Josna Gora Monastery at Czestochowa for a private tour and a glimpse at the miraculous painting of the Blessed Mother, known as the Black Madonna icon, which was a powerful and moving experience. 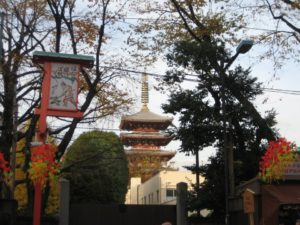 Truthfully, I could dedicate a half-dozen blog entries on the wonders of Japan and our program there in November 2012. The culinary exoticism is unparalleled and will stand out in my memory for years to come, as well as help build anticipation for GIC’s return to Japan in 2017.   From our 12 course welcome dinner in Kyoto, featuring meatballs made from cockfighting chickens, to the famous hundred-dollar muskmelons in the Matsuya Ginza department store, to the freshest fish I’ve ever tasted from the largest, busiest fish market in the world – Japanese cuisine made it difficult to go near anything called sushi in the US for a very long time.  There are a multitude of markets in which to shop, eat, wander and enjoy, where every clerk and server treats you like a relative. I immediately fell in love with Tokyo and remember telling my family and friends that I would live there one day.  It’s big, beautiful, clean and safe.  All of this matched with the dynamic food scene, I actually thought Tokyo was heaven… that is until GIC sent me to Spain (and I am excited to report that GIC is returning to Madrid at the end of March)! 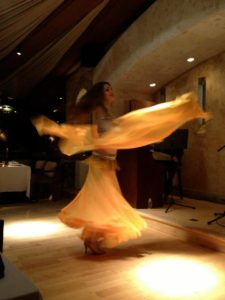 Home to souks, shawarma, the world’s tallest building, and the City of Gold- I wish I had more time to spend in Dubai. It’s a vast city, larger than life and is constantly evolving.  If you think something is big enough, they make it bigger and then cover it in gold. Its opulence and ambition to outdo itself is impressive.  I mean, where else in the world can you buy gold from a vending machine? The tough part is that Dubai is virtually un-walkable since the climate reaches over 100 degrees and its placement on the Persian Gulf creates intense humidity, making the weather (as my sister described upon arrival) “a lot like Florida.”  Our conference was a component of the UAE Higher Colleges of Technology’s Festival of Thinkers. Our welcome dinner featured deliciously authentic Lebanese cuisine in a warm Arabic ambiance complete with tent-style ceilings and a belly dancer.  After the conference, GIC’s delegation was invited to attend a lively ceremony for the College’s 25th anniversary which took place at the Rixos beachfront hotel located on the Palm  – the elaborate manmade islands that are both an engineering marvel and tourist attraction. As is the theme in Dubai, anything worth doing is worth overdoing as the event had acrobats, a laser light show, fireworks, singers, dancers, and buffet tables that seemed to stretch the length of the beach. There was even a special appearance from His Excellency Sheikh Mohammed, Ruler of Dubai.  This may sound like the most memorable part of the conference, but I have yet to mention that His Excellency Sheikh Nahayan Mabarak Al Nahayan, Minister of Culture, Youth and Community Development invited GIC’s delegation along with other guests of the event, to have dinner at his royal palace. Now that, I will have leave to your imagination.

Happy 40th Birthday, GIC. May the next 40 be as diverse and delicious.