GIC has held conferences all throughout Europe, however, I am delighted to share that we have just returned from our very first program in Spain. Last week, in partnership with the Fundación Rafael del Pino and with support from BBVA, GIC welcomed nearly 200 guests in Madrid for the second international installment of our Central Banking Series. We had 16 member/speaker delegates, some venturing from as far as Chicago, Poland and Tokyo, to participate in our events. As is our custom, the program began with our welcome dinner, and what a special venue we chose. Thanks to the recommendation of long-time member and resident Madrileño, Manuel Balmaseda, Chief Economist at CEMEX, we held our dinner at the Palacio de Cibeles. This building, formerly the Post Office and now the City Hall, is one of the most iconic buildings in Madrid. 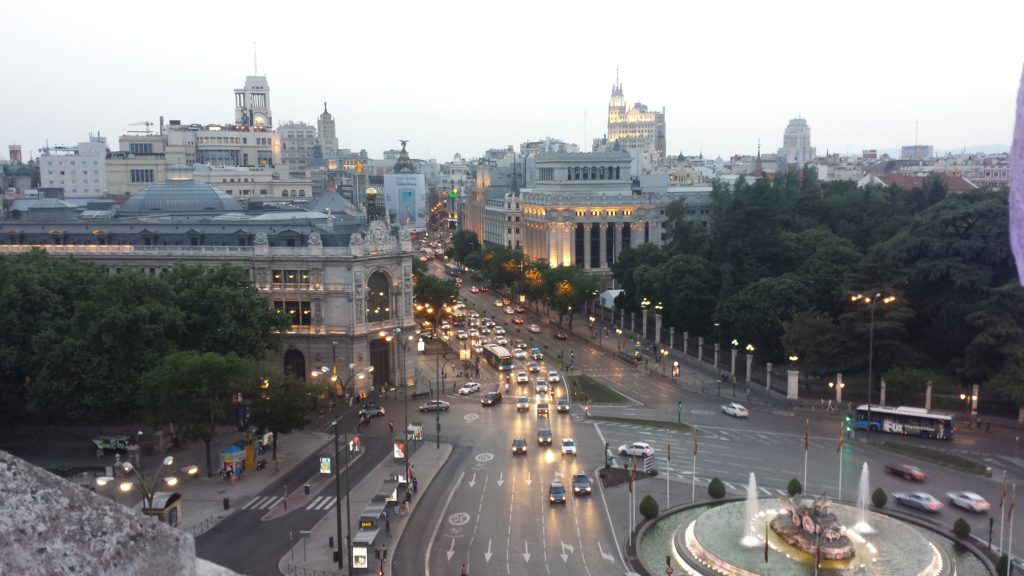 Our dinner was held in a beautiful private space called La Capilla (the Chapel), however we started the evening with a welcome glass of cava (champagne’s sassy Spanish cousin) and hors d’oeuvres on the rooftop terrace. Starting dinner at 9:00 p.m. may seem awfully late for Americans, however sitting down to eat before 10:00 p.m. is downright unheard of in Spain. This was twilight hour, though, and the air was warm, the sun was low and the views from the terrace overlooking the fountain in the Plaza de Cibeles were magical. Dinner consisted of five courses, starting with an amuse bouche of a squid croquette and salmon crudo. From there, we enjoyed crab bisque with seafood ravioli followed by a fish course, then lamb and concluding with apple tart à la mode. Local Spanish wines were flowing including both Rueda (white) and Rioja (red) which paired nicely with the dishes. The discussion at dinner was lively and made for a great opening to the program (and we managed to finish dinner before 1:00 a.m.). 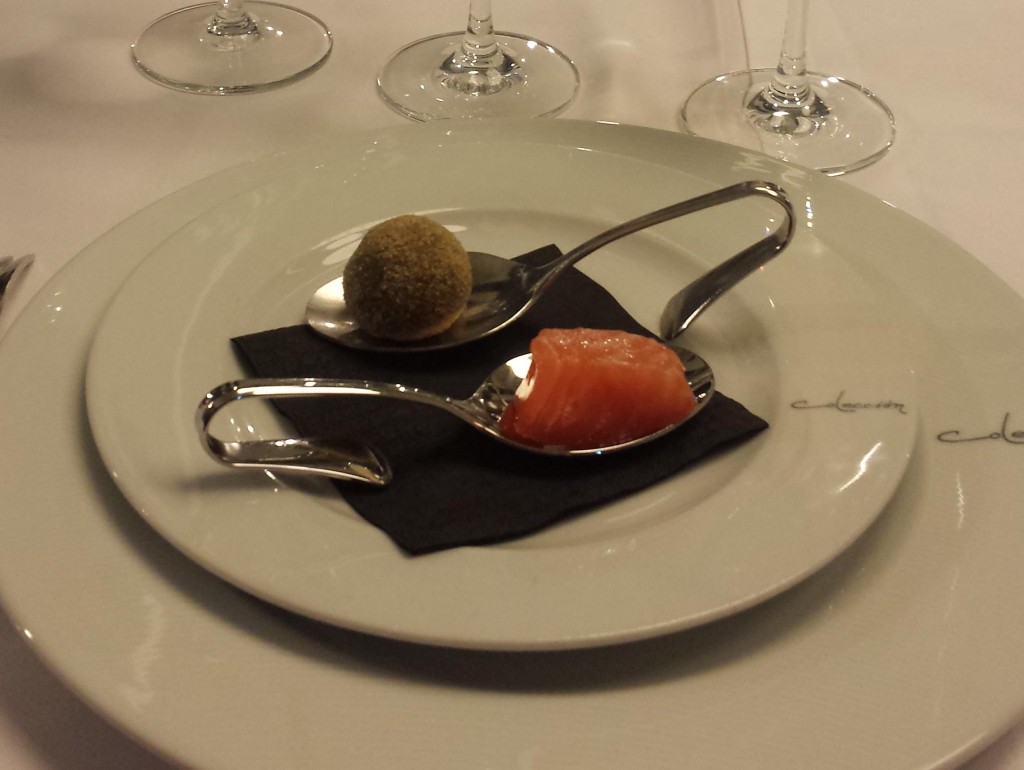 This was an exciting time to visit Madrid for the annual festival of San Isidro was taking place. The city hosts a week-long celebration filled with concerts, fireworks and activities for all ages to honor the patron saint of Madrid. The San Isidro Bullfighting Fair had begun as well, including 24 bullfights, one at which some of our delegates were brave enough to be spectators. This centuries-old element of Spanish culture is held in the Salamanca neighborhood of Madrid, at the famous Las Ventas Bullring, dating back to 1931. Meanwhile, nearby the Puerta del Sol, I chose to be a spectator at the Pasacalles Gigantes y Cabezudo, or the Parade of Giants. This parade opens the festival week and includes live music and a procession of larger-than-life puppets that dance through the streets (a custom dating back to the 16th century) while families with children dressed in traditional costumes enjoy their rosquillas (donuts). 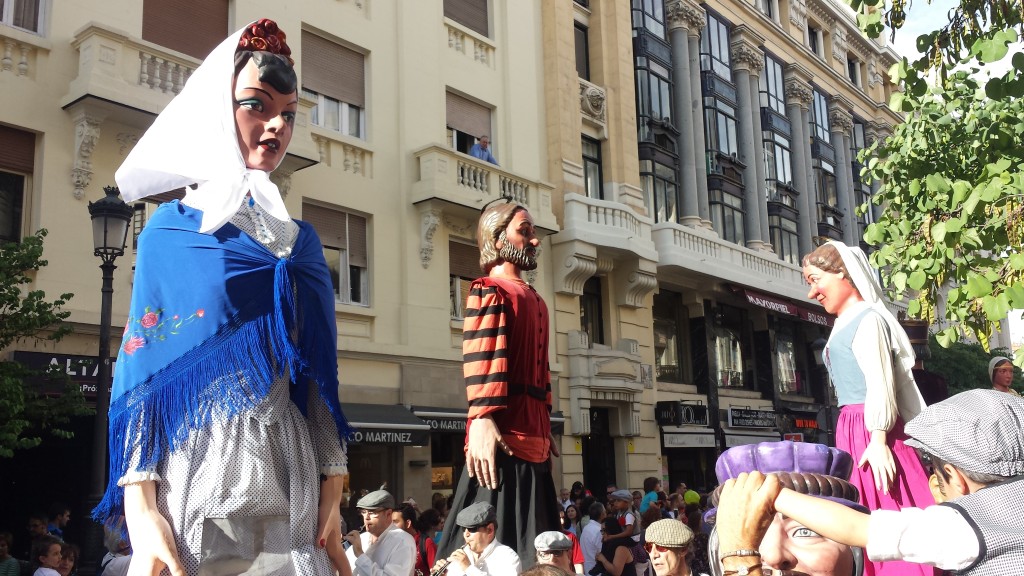 After the GIC programming concluded in Madrid, while some delegates continued on to Munich or Paris, I boarded the high speed train for a weekend in the capital of Catalonia, the seaside city of Barcelona. An easy three-hour ride though the Spanish countryside makes Barcelona a natural weekend side-trip from Madrid.

Staying along the coast, with the perfect amount of sunshine and warmth paired with the dazzling Mediterranean Sea made it difficult to peel oneself from the beach, however the sights to see and places to dine in the city are well worth it and plentiful. The Devour Barcelona Food tour was a great way to see, or should I say, eat my way through Gràcia, a quiet neighborhood outside of the hustle of the touristy areas. The cultural sights are abundant with the Barri Gotic (old city), Picasso Museum, Camp Nou soccer stadium and much much more. With fewer than three days, I chose to see two masterpieces by the architectural superstar and renowned practitioner of modernisme, Antonio Gaudí; the Sagrada Familia, a church 133 years in the making and still not complete and the enchanting Park Güell. With endless sun, sea, sights (and snacks), Barcelona covers all aspects of an ideal destination. 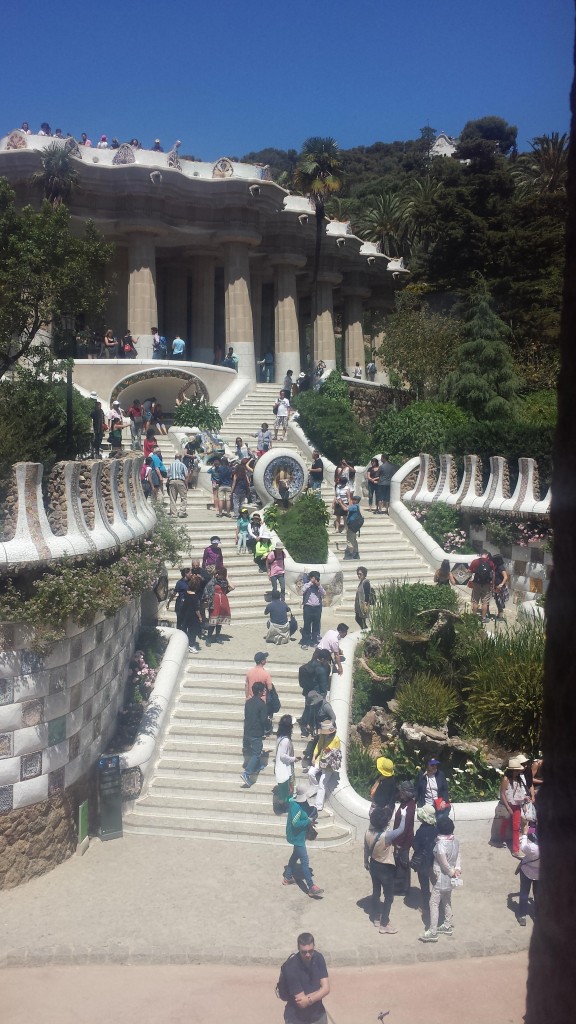 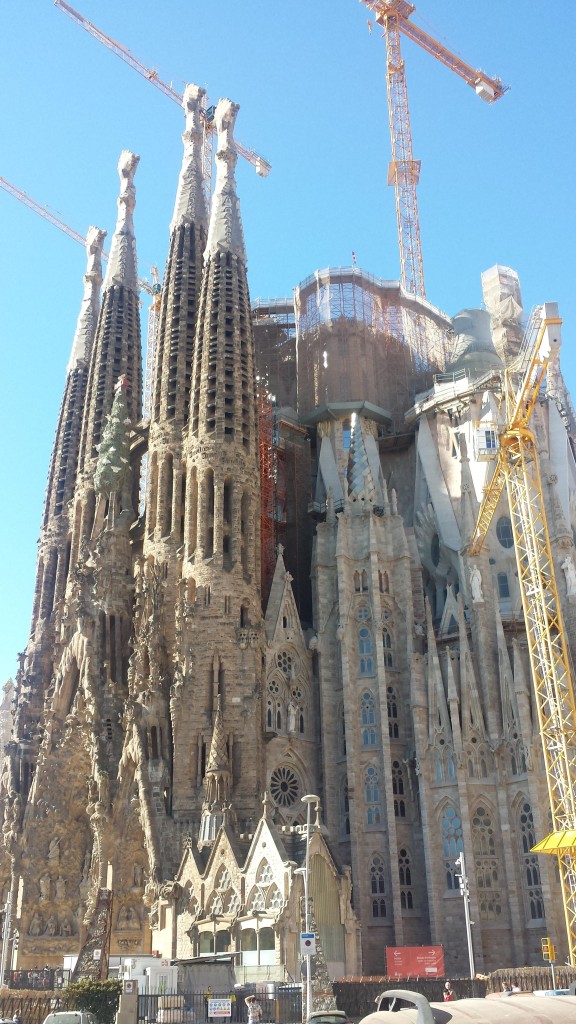 Other recommendations for Madrid include

The Coming of Age of the Chinese Yuan