Alfonso Prat-Gay wrote a column on emerging markets during the Covid-19 pandemic was published by The Financial Times and is used with permission. 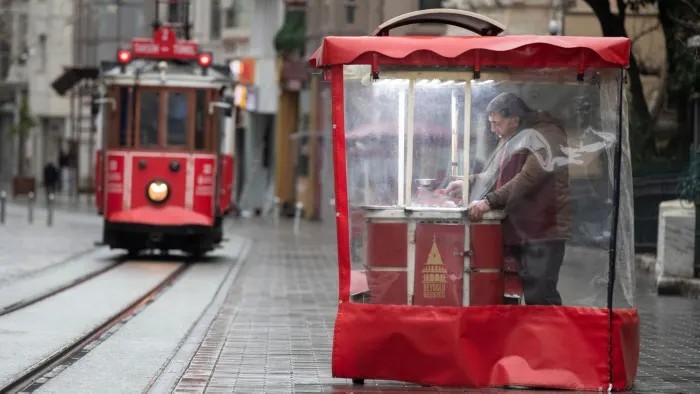 The writer is a former finance minister and central bank governor of Argentina.

“Simple. Shut it down and then reboot!” You’ve probably heard these dreaded words from your IT department more often than you can bear. But now the same recipe is being recommended on a global scale. Epidemiologists everywhere have convinced political leaders to hold and release the “on” button on their national economies.

One obvious problem is that economies take longer to reboot than computers. And, hopefully, the remedy will not prove worse than the disease. But this problem is particularly acute in the developing world — a fact that cannot be ignored by the developed world as, unaddressed, it will create a second pandemic wave back home. However, if policymakers act fast, there may be a cost-effective solution.

In the developed world, the lockdown is designed to “flatten the curve” of the outbreak. To counteract the massive recession that would otherwise follow — to “flatten the curve” of the economic shock governments have launched unprecedented economic stimulus. While uncoordinated, these packages have been huge. Kudos to policymakers for moving so swiftly.

However, flattening these curves is harder in emerging economies. For one, most of the informal workers that make up so much of their labour forces have incomes entirely jeopardised by quarantines. Will India and Pakistan really be able to lock down one-fifth of the world’s population? Locking down poor neighbourhoods, where families often live in a single room, may also spread the virus more not less.

Furthermore, it is harder for developing world governments to fund an economic stimulus to tide over quarantined people and companies until the virus passes. Most governments cannot borrow at rock-bottom interest rates. Nor do their central banks and payment systems enjoy the same credibility, which limits their ability to explore innovative policies.

Complicating matters further, there is a third curve that has to be flattened — looming balance of payments crises that jeopardise efforts by emerging market governments to flatten the other two curves. In fact, Covid-19 has dug a hole for emerging markets deeper than any other market scare since the asset class was created in the early 1990s.

Portfolio outflows are running at more than $80bn, nearly four times the level during the financial crisis in 2008. Commodity prices have also collapsed to levels not seen since the early 1970s. That has put several countries on the brink of a balance of payments crisis. It’s not just Lebanon, Ecuador or Zambia having trouble meeting foreign debt payments. More will follow if current circumstances remain.

What can be done? The US Federal Reserve has doubled, from 2008 levels, the size of the dollar swap lines it has made available to the biggest emerging market central banks. The IMF and World Bank are also working towards debt relief to the poorest. Yet, too many countries are being left out. The sum of the proposed resources is tiny compared with what is needed.

The IMF should borrow an idea recently announced by the Fed that is aimed at preventing liquidity problems from turning into solvency problems. Much like the Commercial Paper Funding Facility and Secondary Market Corporate Credit

Facility, the fund could set up a Special Investment Vehicle (SIV) that guarantees foreign-denominated debt services of all its emerging members (excluding China) coming due until the end of 2021. Each country in the programme would set up a special escrow account where the IMF would disburse funds.

The size of this commitment would add up to less than $200bn, a fifth of the IMF’s current idle lending capacity and less than 5 per cent of the resources committed by the US to deal with coronavirus at home. More importantly, its effects would be immediate and universal, unlike many IMF tools. If need be, the SIV could be expanded to $300bn and cover non-financial corporate principal maturities as well. Default risk and ensuing contagion would disappear overnight.

One question that will be asked: does this not give away money to less disciplined countries? But remember this crisis was triggered neither by reckless policymakers nor greedy investors. Another: is it too expensive? History teaches us that when it comes to systemic risk, there’s nothing more expensive than dragging your feet. There are also practical issues, such as whether such an SIV belongs to the IMF toolkit? Make it happen if it doesn’t. Quota restrictions also haven’t stood in the way of other emergencies recently, such as Ukraine and Greece.

Clearly, this approach will not solve all upcoming financial problems in emerging markets. But there’s ample idle capacity to deal with those cases through more traditional IMF methods.

The need to act is urgent. A pandemic like coronavirus will not be fully over until it’s dealt with everywhere. What is the purpose of international financial institutions such as the IMF if they cannot provide relief to those who need it most in a truly massive international crisis? 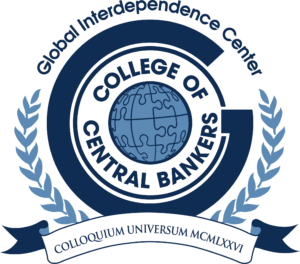 This blog post is a part of the College of Central Bankers blog series.

Alfonso Prat-Gay is the president of Andares, an NGO devoted to the development of microfinance and chairman of Tilton Capital, an asset management company based in Buenos Aires.
Mr. Prat-Gay served as governor of the Central Bank of Argentina from December 2002 to September 2004. He co-founded APL Economía, an economic consulting firm in Buenos Aires in February 2002 and remained there until December 2002. He worked for JP Morgan and JP Morgan Chase (New York, Buenos Aires, London) from July 1994 to December 2001. At the time of his departure he was Head of the Global FX Research team out of London, following around 40 currencies across the globe. Prior to his London assignment, he was the head of research of the Emerging Markets Proprietary Trading Group, a team investing JP Morgan’s own capital across all EM asset classes. He joined JP Morgan in 1994 and spent his first two years at the bank as the country economist for Argentina and Chile based in New York. From February 1989 to June 1992 he served as Director of research at Alpha S.A., a leading macroeconomic consulting firm in Buenos Aires.
He was declared the Central Bank Governor of the year in 2004 by Euromoneymagazine. He was named the best country economist for Argentina by Institutional Investor from 1994 to 1998 and by Latin Finance from 1997 to 1998. He was also named the best country economist for Chile by Latin Finance in 1998.
Mr. Prat-Gay is a Ph.D. candidate at the University of Pennsylvania, where he obtained his Masters of Arts in economics in 1994. He holds a Bachelor of Arts in economics from the Universidad Católica Argentina as a summa cum laude graduate of 1989. He also taught several undergraduate courses there from 1989 to 1992.
He is a member of the faculty of Universidad Torcuato Di Tella and a member of the academic board of the Universidad Católica Argentina, both in Buenos Aires. He also sits on the board of a school and several social organizations.