In the lower part of Montana, about 50 miles south of Bozeman and hidden in the hills beyond several miles of unpaved roads, perched upon a hilltop near the 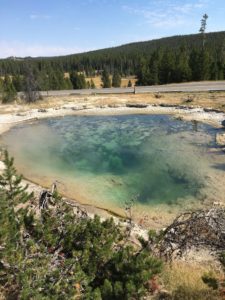 Gallatin National Forest, you’ll find Hubbard’s Yellowstone Lodge. An Orvis-endorsed and award-winning fishing lodge in the summer, a hunting lodge in the autumn and for the last week of August, a new venue for Camp Kotok: West.  This western edition of the renowned four-day economic and fishing retreat traditionally held in Maine is coordinated by David Kotok, longtime GIC board member and CIO of Cumberland Advisors.  Over two dozen economists, financial analysts, market researchers, and business journalists, many of whom are members, speakers and supporters of GIC, descended upon this remote ranch from regions throughout North America, with one guest traveling from as far as Argentina.

Our group of 30 filled the lodge to its capacity, which included several single guest rooms in the main building overlooking the lake and a few freestanding cabins studded around the perimeter, all of which had a stunning view of Paradise Valley below. Nancy Schaefer, Mr. Hubbard’s daughter and lodge proprietor, spent several years with the Walt Disney World Resort in Orlando and her experience in the hospitality industry is evident. Hubbard’s shone in every aspect of our accommodations with niceties such as complimentary L’Occitane lip balm, the always-available fresh baked cookies (and the occasional can of bear spray, as needed). Breakfast was a beautiful buffet with freshly baked pastries and a made-to-order omelet and pancake station. Lunches were served on the deck or packed with care and served picnic style, depending on the day’s activity.  Each night, the dinners impressed with menu features that included beef wellington, a full scale you-call-it pasta bar and an extravagant cookout with barbeque chicken and ribs. And the indulgent array of desserts did not disappoint (I’m looking at you, warm buttercake topped with homemade ice cream). 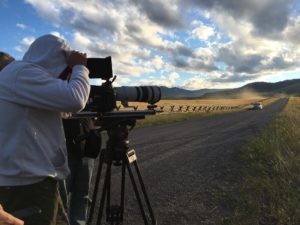 The week’s itinerary was comprised of the angler’s choice of fishing, wading the creeks and streams inside Yellowstone National Park, fishing from a boat on the serene 85-acre Merrill Lake on Hubbard’s property, horseback riding (either for leisure or to herd cattle on this working ranch), shooting various firearms at clay targets, guided tours of Yellowstone or spending some downtime at the spa.  There were also two evening bear-seeking expeditions (which were in no way sanctioned by the lodge, but rather the conception of a handful of fearless, thrill-seeking guests who piled into rental cars to drive deep into the hills in an attempt to spot one or two of the nineteen (19) grizzly bears currently roaming the area (which we did – and lived to tell about it!).

It should be noted that the fishing offered by Hubbard’s is not the canoe fishing that I wrote about last summer at Camp Kotok in Downeast Maine.  This is strictly fly-fishing; an activity in which I had no experience or knowledge. But, Chris, my knowledgeable and supremely patient guide, who drove us into the Lamar Valley of Yellowstone National Park in his Montana-sized pickup, changed that. Chris is a native to Montana, who recently returned home after spending 13 years in New York as a photographer. He made sure that I learned and applied the proper casting and reeling techniques allowing me to land one adorable little brook trout. So what if I ended up drawing blood on a downed tree trunk while traversing the backcountry terrain? I successfully fly-fished for the first time in the majestic Yellowstone National Park amidst grazing bison and soaring eagles.  I was triumphant. 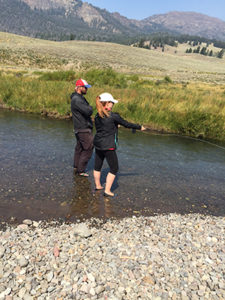 Our Yellowstone Tour was led by Matt, a local guide, born and bred in the Montana countryside. It was an exciting time to visit the park as it was the celebration of the 100 Year Anniversary of the National Park Service. Matt took four of us on a fascinating and educational journey around the entire 147 mile loop of the park, half of which was actually navigating above an underground supervolcano, known as the caldera, that spans 30×45 miles in size. Its first eruption was about 2 million years ago, but its last eruption was about 174,000 years ago, a bit too recent, if you ask me.  The hydrothermal features of the park are reminders that there is significant heat below the surface. Not to worry; the Yellowstone Volcano Observatory has scientists continually monitoring its activity so we should be good for about 10,000 years or so.  We also watched the Old Faithful geyser shoot 90 feet into the sky, visited the beautifully restored Lake Yellowstone Lodge, the Grand Canyon of Yellowstone, as well as several glowing prismatic pools and hot springs, cascading waterfalls and endless mountain vistas.  It was a full day of falling in love with one of America’s natural treasures.

On the day of departure, I awoke at dawn to find a dozen of the ranch’s horses grazing in front of the cabin. I paused to enjoy this dreamlike state, where for a moment, I seemed to exist inside of a poster for the “Big Sky Country” board of tourism.  Now, I am a city dweller to the core and often joke about my love of “not camping,” but through GIC’s programs in the Jackson Hole area over the last five years, I have continued to find magic in Wyoming and now I can say the same about Montana. 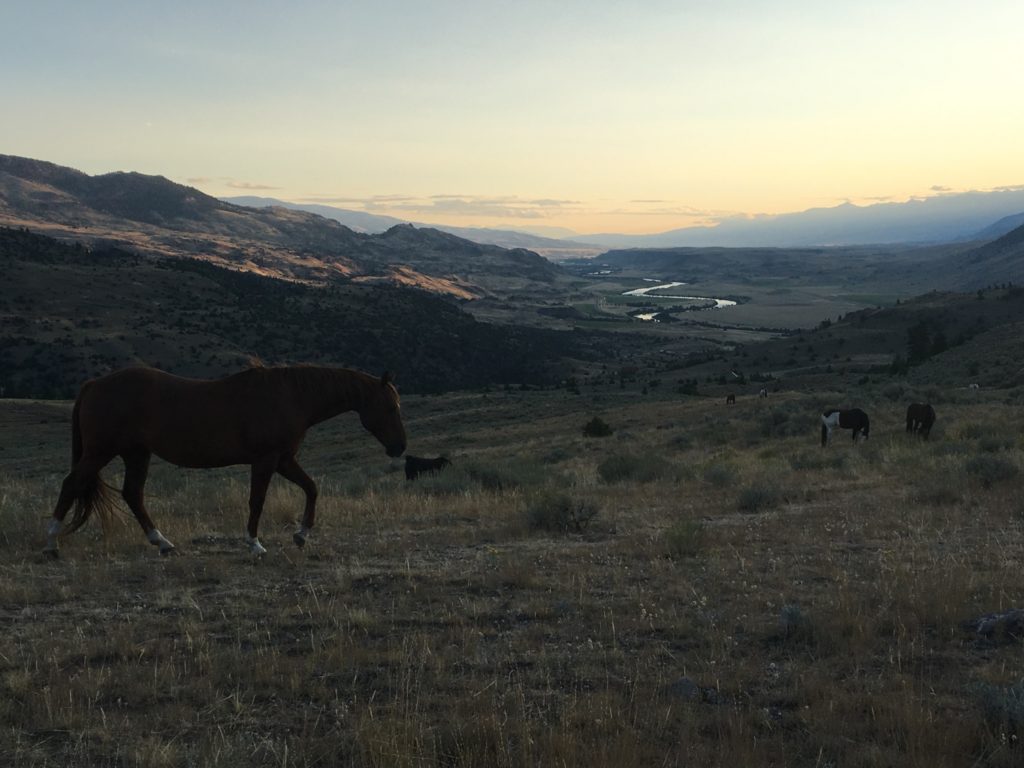 NeuroVersity preparing young adults with autism for the job world

One response to “Montana: The Last Best Place”