The Economic Cost of Racial Inequality in the U.S.

In his Letter from a Birmingham Jail, Dr. Martin Luther King Jr. wrote, “We are caught in an inescapable network of mutuality, tied in a single garment of destiny. Whatever affects one directly, affects all indirectly.”

Today, more than at any time since Dr. King’s assassination, we are bearing witness to the grave injustices affecting our fellow citizens. Black, Latinx, and Native Americans have been hospitalized for COVID-19 at a disproportionately high rate, a direct result of what the Centers for Disease Control and Prevention has identified as “long-standing systemic health and social inequities.” Blacks and People of Color are also bearing a disproportionate share of the pandemic’s economic devastation. And the killings of Ahmaud Arbery, Breonna Taylor, and George Floyd have finally shaken the U.S. and the world awake to the egregious racial inequities in our criminal justice system.

As Dr. King noted, these injustices affect all of us. Higher rates of infection among some affect the health of all, and the loss of health, life, and livelihood among communities of color diminish everyone’s economic security. No one should want to live in a society that incarcerates or kills so many of its citizens just because they are black or brown.

The privileges we enjoy by working for Citi come with responsibilities. While elected officials and community activists must do their part, so must we. One important thing we can do is to show the costs of racial inequality through objective analysis, which is what the authors of this report have sought so effectively to demonstrate. Our overarching goal for the Citi GPS series is to not only tackle the key opportunities and challenges of the 21st century, but to also address complex societal questions and to not shy away from difficult subjects. As such, we believe we have a responsibility to address current events and to frame them with an economic lens in order to highlight the real costs of longstanding discrimination against minority groups, especially against Black people and particularly in the U.S.

The analysis in the accompanying report shows if four key racial gaps for Blacks — wages, education, housing, and investment — were closed 20 years ago, $16 trillion could have been added to the U.S. economy. And if the gaps are closed today, $5 trillion can be added to U.S. GDP over the next five years.

These gaps exist based on systemic issues that caused and continue to cause discrimination against Blacks over the years. The gaps in many cases remain wide 60 years after the Civil Rights Movement. In some cases, including in homeownership rates and college degree attainment, the gaps are wider now than in the 1950’s and 1960’s. For each of the gaps faced by Blacks, we identify the degree of the gap between Blacks and whites in wages, labor segmentation, education, wealth, housing  and investment and identify the impact closing each gap would have on the U.S. economy. Finally, we outline how we believe governments, corporations, and individuals can work together to eliminate these gaps for good.

Our ambition is for this analysis to bring sober perspective as well as hope to our readers as we collectively find substantive and sustainable opportunities to address the gaps we identify. 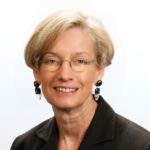 Dr. Catherine L. Mann is the Global Chief Economist at Citibank since February 2018 where she is responsible for thought leadership, research guidance of a global team of economists, and cross-fertilization of research across macroeconomics, fixed-income, and equities. Prior to this position, she was Chief Economist at the OECD, where she also was Director of the Economics Department and was Finance Deputy to the G20 (2014-2017). Prior to the OECD, she held the Barbara ’54 and Richard M. Rosenberg Professor of Global Finance at the International Business School, Brandeis University, where she also directed the Rosenberg Institute of Global Finance (2006-2014). She spent 20-plus years in Washington, DC (1984-2006) where her positions included Senior Fellow at the Peter G. Peterson Institute for International Economics; Economist, Senior Economist, and Assistant Director in the International Finance Division at the Federal Reserve Board of Governors; Senior International Economist on the President’s Council of Economic Advisers; and Adviser to the Chief Economist at the World Bank.

Promises We Must Keep

Dana Peterson is the Chief Economist & Center Leader of Economy, Strategy & Finance at The Conference Board. Peterson joins The Conference Board from Citi, where for many years she served as a North America Economist and later as a Global Economist. Her wealth of experience extends to the public sector, having also worked at the Federal Reserve Board in Washington, D.C.

Peterson’s research has been featured by US and international news outlets, both in print and broadcast. Publications and networks include CNBC, FOX Business, Bloomberg, Thomson-Reuters, the Financial Times, and the Wall Street Journal. She is the rising 1st Vice Chair of the New York Association for Business Economics (NYABE), and a member of the Women’s Bond Club.