This commentary was co-authored by Philippa Dunne (The Liscio Report) and David Kotok (Cumberland Advisors). It reflects their personal views.

A saga unfolds. First, snippets of online news, followed by TV images and “breaking news” reports. “Another one,” she thinks. “Ugh!” he exclaims, “madness! Why? What is the matter with these people?”

Two thousand miles apart, each in their own home, these two friends experience a similar aching angst over the futility of their efforts to try to improve a world that now seems to be rejecting their vision. After all, hate and anger triumphed in Charlottesville. Death arrived on scene, and innocents and innocence were among the casualties. Hate always seems to end that way.

Is hate learned, or is it embedded in some strand of DNA passed down through every human generation? Nazis hated, and Jews died. Then millions more died worldwide. Generations were seared and scarred. For what? To what end?

Geneticists who have decoded the human genome tell us that there is really only one human race, not multiple races within the species, yet the notion of a color scheme still grips some human imaginations, with disastrous results. White hated, and black and red died. And within this awful spectrum, each race’s history is replete with its own internecine murder and torture. Yellow on yellow, brown on brown. White on white. Red on red. That’s our history.

Bling! That little noise is now nearly continuous, announcing incoming mail in the wake of tragedy. A quick look. She has written:

“I am guessing you are sharing my grief today. I know grief isn’t much better than hope as a tactic – perhaps worse, but…”

Yes, he thinks. Grief, like regret, is an emotion that is not very effective, since it occurs after the damage is done.

He taps her cell number on his iPhone. They chat, just as if they are in the same room. How can his miracle of communications and the hate that ripped through Charlottesville occupy the same space and time? How can humanity have come so far and yet never seem to progress?

How can the many heroes who put their own lives on the line to shelter Jews and fleeing slaves people the same world as an individual who decides to plow his car into a group of people he has never met, or one who feels OK about walking down our streets wearing a T-shirt quoting Hitler. Quoting Hitler, you understand.

Pained, each recalls the writings of Joseph Conrad, and they share that sad understanding. Each feels the heaviness of this latest door opened into a “heart of darkness”.

Those of good will must not succumb, she and he agree, as futile as their efforts may seem at times. That is their closing pledge.

Conversations like ours must have taken place among friends all over the country, as we as a nation reckon with the events that unfolded in Charlottesville, Virginia, last week.

How do we brighten that dark heart? Platitudes abound, but first, we should take an honest look at our own motives. Listen to the stories we tell about why the economy is the way it is, why there is a growing number of disenfranchised citizens in our country.

If our theories are overly complicated, they are likely constructed to obscure basic truths. Think, by way of an analogy, of the tortuous paths the planets were said to follow in order to keep the Earth at the center of the old Ptolemaic view, obscuring for centuries the simple beauty of the heliocentric system.

Reality insists that we seek answers to life’s puzzles – and answer to ourselves. We’re forced to admit that we’re probably not up to sitting down and having a chat with someone who believes certain groups of people are subhuman. How do you shake hands with someone who was happy to call Sasha Obama a monkey on her sixteenth birthday? You don’t.

But we can do something about the decades of reckless neglect that are an integral part of our heritage. Targeting each other is clearly not working; targeting the neglect that drives the anger is, perhaps, the only way through.

Jobs are just one telling example: Yes, jobs are being generated by the sharing economy, but many of them are makeshift and do not make up for jobs lost to globalization and displacement of industry. The state of our workers is not an artifact of poor measurement. If that’s your argument, you aren’t looking at the facts on the ground.

There are many simple things to do. Someone recently suggested that PTAs in rich districts might take some of the money they raise to struggling sister schools. We’d add: Don’t mail it to them. Walk it over and tell the kids you are funding a specific project.

The US economic pie isn’t growing as it once did. Maybe we can do something about that through broader capital investment, especially in research & development.

Maybe we can’t… or maybe we won’t. We have to think about what it means that our workers are worse off today than they were in the 1950s. We need to recognize how easy it is for some to manipulate the anger that hardship generates. Set up a straw man, and by and by, someone succumbs to the urge to drive his car into a group of people he has never met. Wherever did those guys marching by eerie torchlight last Friday get the idea that Jews are out to “replace” them? Many of them are feeling shunted aside, that’s for sure.

We get to decide if the threat of manipulated anger is something we want our children to live with. Yes, that’s right. We get to decide. Note indecision or do nothing is also a decision.

As it is, everyone loses. Though James Alex Fields, Jr., is innocent until proven guilty, if he took Heather Heyer’s life as alleged, it’s hard to believe he didn’t also ruin his own. 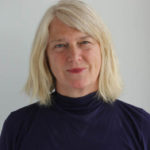