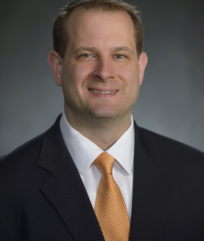 Tom Kozlik, director and municipal credit analyst, joined Janney Montgomery Scott in 2008 after time at UBS and Bear, Stearns. In his current role Mr. Kozlik advises Janney’s retail and institutional clients about the strengths and weaknesses of municipal market credit profiles and offers guidance about how other trends might affect issuer credit profiles. His work is regularly quoted in various periodicals such as Barron’s, The Bond Buyer and the Wall Street Journal. He has appeared as a guest municipal credit expert on Bloomberg, CNBC and Fox Business. Mr. Kozlik also frequently participates on panels and presents at industry conferences. He has been voted to Smith’s Research and Gradings Municipal All-Star Team. He co-taught a graduate level class at the University of Pennsylvania titled the Business of Public Finance Investment Banking which is offered to students at the Fels Institute of Government and the Wharton School. Mr. Kozlik graduated from the Schreyer’s Honors College at the Pennsylvania State University with a degree in political science with honors and earned a Master of Governmental Administration from the Fels Institute of Government at the University of Pennsylvania.