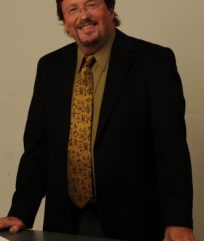 Timo Tyrvainen is the Chief Economist, Climate Leadership Coalition in Finland and is a former Senior Advisor with Aktia Bank. In 1998-2014 he was the Chief Economist of Aktia. In 1975-98, he worked with Bank of Finland. During his central banking years, Timo visited OECD Economics Department in1982-83 and the OECD Job Study Task Force in 1993-94. In London School of Economics he stayed as an Academic Visitor in 1989. Before leaving central banking, he carried out in Banco de España, Madrid, 1997-98, a joint study related to likely inflation differentials between countries probable to join the then future EMU. Timo chaired the European Council of Economists (Conference board) 2003-2005 and the Association of Finnish Economists 2009-10. In 2007-2014 he was chairman of ProOpera, the association of the friends of the Finnish National Opera. Besides his career as an economist, Timo has been performing as a singer and guitar player in Taljanka, a musical group founded in 1975. The group has released 12 albums and in numerous concerts and TV-shows. Taljanka celebrated its 40th anniversary in 2015 with several concerts. In his capability as a songwriter, Timo was a member of the board of TEOSTO, the copyright organisation of Finnish composers and lyricists, 2010-2013. He acted as the chairman of the newly founded TEOSTO-investment fund in 2013-14.