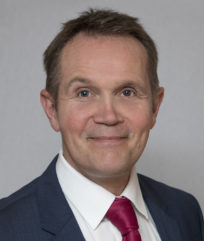 Mr. Thordur Jonasson is a Deputy Division Chief  in the Monetary and Capital Markets Department of the IMF. Prior to joining the IMF, he was a Sr. Securities Markets Specialist in the Global Capital Markets Practice of the World Bank working on developing public and private debt markets and participating in the Financial Sector Assessment Program (FSAP). He has also been an expert on public debt management and debt market development for the IMF, (Monetary and Capital Markets Department and the Fiscal Affairs Department), World Bank and the Commonwealth Secretariat participating in Technical Assistance and FSAP missions that has overall taken him to 55 countries in all major regions. His professional experience also includes the National Debt Management Agency in Iceland where he worked in different capacities until appointed Chief Executive. He has also held positions in the private sector as an advisor to municipalities and state owned corporations on debt management, treasury and international funding. He holds an Master of Business Administration degree from the University of Edinburgh and a Cand. Oecon. degree from the University of Iceland.