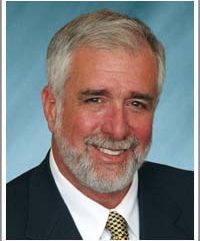 Thomas Equels, M.S., J.D. was named Chief Executive Officer of Aim Immunotech in February 2016 and has served as President since August 2015. Equels’ successful legal career included extensive experience in the pharma sector. He has over the years served as a court-appointed receiver turning around businesses in a number of different fields. Equels received his J.D. with high honors from Florida State University. He is also a summa cum laude graduate (Bachelor of Science) of Troy University and obtained his Master of Science Degree from Troy. Equels is also a highly decorated combat aviator, twice awarded the Distinguished Flying Cross, awarded the Purple Heart, the Bronze Star and 15 Air Medals, including three for extraordinary valor. In 2012 he was knighted by Pope Benedict as a knight of the Papal States. Equels received the BioFlorida Weaver H. Gaines Entrepreneur of the Year for 2020.