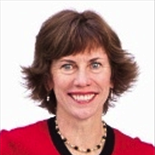 Terri Yeckley has been serving clients using a wealth management approach with Morgan Stanley Smith Barney (MSSB) and predecessor firms since 1993. In addition to helping high net worth individuals and families, Terri advises many business owners, foundations and non-profit organizations.

Terri holds an MBA with an emphasis in finance from the University of Utah. In 1991, she received the designation of chartered financial analyst while working as a financial analyst for Philips NV. She is also a senior investment management consultant though MSSB’s Consulting Group. She received the designation of Accredited Investment Fiduciary® in 2009. The next year, Terri earned MSSB’s prestigious title of family wealth director, aimed providing potential solutions for the ultra high net worth client sector. She is one of less than 200 advisers at MSSB to have achieved this status.

Terri is committed to serving the philanthropic needs of the community. She currently serves as a member of the board of directors for Ronald McDonald House Charities. Terri concluded her six-year term on the board of the Make-A-Wish Foundation of Utah in 2006. In 2002 she was honored by the Salt Lake Chamber of Commerce and Utah Business magazine as one of Utah’s “Top Thirty Women on the Move.” Terri is a member of the CFA Institute and the Salt Lake Society of Financial Analysts.