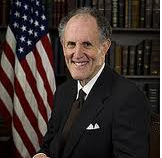 Sen. Ted Kaufman represented Delaware in the United States Senate from Jan. 16, 2009 to Nov. 15, 2010, after which he became chair of the Congressional Oversight Panel.

Kaufman has taught at Duke Law School since 1991; he also has taught in the Fuqua School of Business, and the Sanford School of Public Policy. From 1995 to 1999, Kaufman served as co-chair of the Law School’s Center for the Study of Congress and he regularly teaches in the Duke in D.C. program.

In 1995, Kaufman was appointed by President Clinton and confirmed by the U.S. Senate as a charter member of the Broadcasting Board of Governors. This federal agency is the independent, autonomous, entity responsible for all U.S. government and government sponsored non-military international broadcasting – including Voice of America, Radio Free Europe/Radio Liberty, Radio Free Asia, Radio and TV Marti, and The Middle East Broadcasting Network.

He was with Sen. Joseph R. Biden’s staff from 1973 through 1994, nineteen years as chief of staff. He held a senior position in all of Biden’s federal campaigns.

Kaufman was president of Public Strategies, a political and management consulting firm based in Wilmington, Delaware, from 1995 – 2008.

He previously worked for the Dupont Company in a variety of finance, technical, and marketing positions.
He has a BSME from Duke University and an MBA from the Wharton School of the University of Pennsylvania.