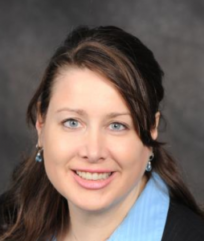 Suzanne Garber is the chief operating officer, Americas region for International SOS America, based in Philadelphia. She has day-to-day responsibility for the Americas region and is accountable for the delivery of P&L of the entire region.

Prior to joining International SOS, Suzanne enjoyed a successful career with various operating companies of FedEx, culminating in her role as managing director, South America, based in São Paulo, Brazil. During her tenure at FedEx, she won the LAC Leadership award, Star award, Team of the Year award and was a four-time President’s Club winner for outstanding sales.

Suzanne was named one of South Florida’s International Business Women of the Year sponsored by Latin Trade magazine and sat on the board of directors for the Women in International Trade Miami chapter. She has moderated conferences for the International Aviation Women’s Association and spoken on intellectual property and global brand management at Columbia, Pepperdine and Rutgers. Garber is also an active “LifeChanger” with Global Action, having visited and volunteered at orphanages around the world.

Suzanne is an honors graduate from Rutgers University with a degree in Spanish and a master’s degree recipient with honors from the University of Pennsylvania specializing in environmental engineering. She grew up in Spain, Mexico, Algeria, Egypt, the Dominican Republic and various US states. She is fluent in English, Spanish and Portuguese.