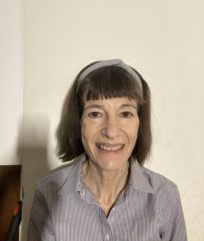 Susan M. Levine, M.D., graduated from Albert Einstein School of Medicine in 1981 and completed a residency in Internal Medicine at Montefiore Hospital in the Bronx followed by two fellowships in Infectious Diseases and Allergy and Immunology at Memorial Sloan Kettering Cancer Center and Mt. Sinai Hospital, respectively.

During her second fellowship while working with Dr. Charlotte Cunningham-Rundles, one of the co-authors of the original case definition of CFS/ME, Dr. Levine became intrigued with seeing her first few CFS patients who sought a diagnosis. She examined natural killer cell function and abnormalities in catecholamine response in these patients and then opened a private practice to provide medical support to a growing CFS population in the New York and New Jersey area.

Over the last two decades, Dr. Levine has collaborated with other clinicians and researchers, co-authored a `Manual for Physicians’, a primer for internists about the care of CFS patients, and is currently serving on the Federal Advisory Committee for CFS.  She remains committed to seeking better treatments for CFS/ME patients and to collaborating with like-minded scientists to gain a better understanding of this illness.