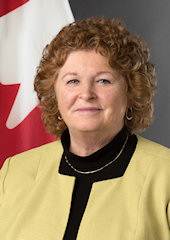 Prior to moving to Miami, Ms. Harper held two consecutive positions in Global Affairs Canada in Ottawa: Director General and Senior Arctic Official (2013-2016) and Director General, Trade Controls and Technical Barriers (2009-2013). In 2004, she had been posted to the Embassy of Canada in Washington DC, where she became Minister (Economic) in 2008. She had previously been Ambassador in Montevideo, Uruguay (2001-2004), after having held trade positions in Yaoundé, Paris and Buenos Aires. Before joining the Government of Canada, Ms. Harper taught at both Cambrian College in Sudbury, and George Brown College in Toronto