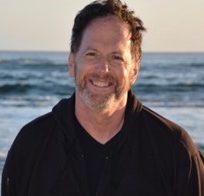 Stewart was CEO of Advanced Care, Inc. (ACI), which he owned with his wife Nancy for 25 years. At the time of its sale in 2014, ACI was the largest, independently owned acute care home infusion provider in New York State. He sold ACI to a private equity firm in 2014 and it was subsequently sold (as part of a national platform) to a subsidiary of United Health Group (OptumRx) in 2015. At the time that Stewart sold the business, ACI consisted of approximately 180 employees and provided hi tech nursing and pharmacy coverage throughout NY state.

Prior to ACI, Stewart was owner and president of a sales and marketing company that specialized in consulting vertical software developers, throughout the nation, on how to sell relatively high ticket ($20,000 to $80,000) vertical software without face to face contact. While this is a common practice today, it was not very common in the 1980’s.

Stewart is a classic small business entrepreneur with a great deal of experience managing and developing sales talent, clinical and administrative personnel, and problem solving regarding strategic business concerns.

Stewart has lived in Lloyd Neck, NY with his wife Nancy since 2016. Stewart is 64 years of age. Their two children are 28 and 29 years of age. Stewart now enjoys managing his investments, mountain biking, sailing and skiing. He received his BA in philosophy from the University of Massachusetts at Amherst in 1978.