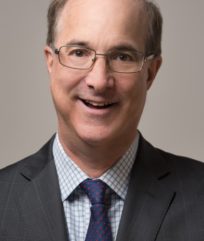 Founder and President of Kargman Associates

Steven T. Kargman is the Founder and President of Kargman Associates, a New York City-based strategic advisory firm specializing in providing strategic advice to clients involved in complex and challenging international restructurings, with a special focus on emerging markets around the globe. Mr. Kargman formerly served as Lead Attorney with the Export-Import Bank of the United States, the official export credit agency of the US government, and General Counsel of the New York State Financial Control Board, the chief financial oversight agency for New York City.

He has worked on numerous high-profile and complex restructuring transactions in the emerging markets, and he has also advised multilateral institutions and national governments in emerging markets and developing countries on a wide range of financial and commercial matters.  He has published numerous articles in leading professional journals and is frequently invited to lecture at prestigious forums around the world, including programs in Africa, Asia, Europe, Latin America, and North America.

A former Henry Luce Scholar in Singapore, he received his BA from Swarthmore College and his JD from Yale Law School.  Following law school, he clerked for the Hon. Gilbert S. Merritt of the US Court of Appeals for the Sixth Circuit and began his career in private practice as a corporate attorney with the international law firm of Debevoise & Plimpton in New York.