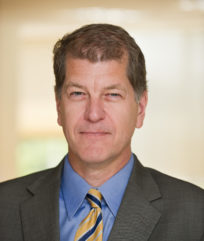 Steve Clemons is Washington editor-at-large for The Atlantic and editor-in-chief  of AtlanticLIVE and QuartzLIVE. He is also editor-at-large for Quartz. At AtlanticLIVE, The Atlantic’s premium events division, Clemons develops concepts and editorial content and leads programs as an interviewer, moderator, and host. Clemons joined The Atlantic in June 2011 from the New America Foundation, a think tank devoted to pragmatic, non-ideological policy innovation, and intellectual entrepreneurship. He helped launch the Foundation  twelve  years ago, served as its executive vice president for eight years, founded its American Strategy Program, and continues to serve there as a senior fellow. Clemons also served as executive vice president of the Economic Strategy Institute, as senior policy advisor on economic and international affairs to Senator Jeff Bingaman (D-NM), and as the first executive director of the Nixon Center. He is also a member of the World Economic Forum Council on Geopolitical Risk. Clemons was one of Washington’s early political bloggers, publishing the widely read and influential Washington Note, now included in the family of blogs at TheAtlantic.com. He frequently writes about topics related to foreign policy, defense, and international economic policy. Clemons’ work has appeared in many of the major leading op-ed pages, journals, and magazines around the world.