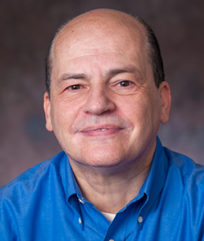 Stephen Tokarick began teaching courses in the Johns Hopkins School of Advanced International Studies (SAIS) International Economics program as an adjunct lecturer in the Summer of 2018. Prior to teaching at Johns Hopkins SAIS, he held a position as a senior economist at the International Monetary Fund (IMF). In his nearly 27 years of service at the IMF, he held a variety of positions and spend most of his tenure in the Research Department conducting research on issues in international trade. He also held positions at the IMF in the Western Hemisphere Department working on economies in the Caribbean region and he taught courses to officials in foreign governments through the IMF’s Institute For Capacity Development. Prior to joining the IMF, Stephen worked for both the U.S. International Trade Commission and the U.S. Department of Agriculture, conducting research on international trade issues. While at the U.S International Trade Commission, he was involved in conducting economic analyses surrounding the passage of NAFTA.