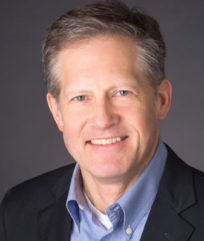 President and CEO of Darigold

Stanley Ryan is President and CEO of Darigold, a global dairy ingredient and consumer products cooperative based in Seattle, Wash. Prior to joining Darigold in February 2016, Ryan served as the interim Chief Executive Officer of Eagle Bulk Shipping (Nasdaq: EGLE) based in New York City.

Ryan brings 25 years of international leadership experience from Cargill, Inc., where he served in a number of executive and general management roles. From 2011 to 2014, he was a Corporate Platform Leader responsible for co-leading all of Cargill’s global agricultural supply chain businesses (soft commodities), based in Shanghai, China. In 2010, he was President/Managing Director for Cargill Food Ingredients Australia/New Zealand in Sydney, Australia. From 2006 to 2010, Ryan was the President/Managing Director of Cargill Refined Oils Europe based in Schiedam, The Netherlands. From 1999 until 2006, he was stationed in Minneapolis, Minn., as President of Cargill’s North American Dressings, Sauces and Oils business. In 1998, Ryan was General Manager of Cargill’s Brazil Refined Oils in Sao Paulo, Brazil. Between1992 and 1997, he served as General Manager for Cargill’s Venezuela Refined Oils business in Caracas, Venezuela, and for Oilseeds Processing in Sidney, Ohio.

Ryan joined Cargill in 1989 at its global headquarters in Minneapolis, Minn., and worked in the Strategy and Business Development function until 1992.

Ryan resides in Seattle with his wife and daughter.