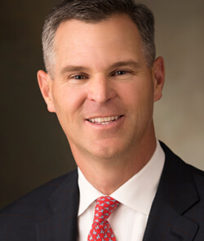 Prior to co-founding The Cynosure Group, Spencer served as executive director of the Governor’s Office of Economic Development (GOED) for the State of Utah which was responsible for statewide business, tourism and film development, international trade, rural economic development, and the Utah Health Exchange. During his tenure, GOED facilitated the expansion or relocation of strategic anchor companies in Utah’s urban and rural counties – companies that were projected to create more than 32,500 jobs and $2.1 billion in new state revenue over the next decade. He remains an advisor to the Governor on economic development issues and has been involved on numerous public and private boards, including as chair of the Governor’s Economic Council, vice-chair of the Utah Science Technology and Research (USTAR) initiative, vice-chair of the STEM Action Center, and a member of the Utah Capital Investment Board (UCIB). He received his MBA from BYU’s Marriott School of Management and his BA in History from the University of Utah.