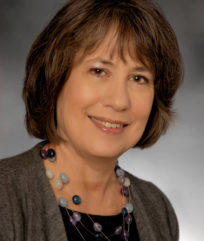 Former Chairman of the FDIC

Sheila C. Bair served as chairman of the Federal Deposit Insurance Corporation from June 2006 through June 2011. She presided over one of the most tumultuous periods in the history of the nation’s banking system, working to bolster public confidence and financial system stability. She has been a leading advocate and innovator of policies to end the doctrine of too-big-to-fail and taxpayer bailouts.

She has been lauded in editorials ranging from the New York Times to the Wall Street Journal for her fierce advocacy of the public interest and, in the words of Time Magazine, being “the little guy’s protector in chief.” She has received numerous honors, including the John F Kennedy Profiles in Courage Award, being twice named by Forbes Magazine as the second most powerful woman in the world, and appearing on the cover of Time Magazine. In 2011, she was named by Harvard University and the Washington Post Magazine as one of seven of America’s Top Leaders.

Before joining the FDIC in 2006, Ms. Bair was the dean’s professor of financial regulatory policy for the Isenberg School of Management at the University of Massachusetts-Amherst since 2002. She also served as assistant secretary for financial institutions at the U.S. Department of the Treasury (2001 to 2002), senior vice president for government relations of the New York Stock Exchange (1995 to 2000), commissioner and acting chairman of the Commodity Futures Trading Commission (1991 to 1995), and research director, deputy counsel and counsel to Senate Majority Leader Robert Dole (1981 to 1988).

Ms. Bair continues her work on financial policy issues as a senior advisor to the Pew Charitable Trusts, and as the chairman of the Systemic Risk Council, a public interest group of prominent former government officials and financial experts which monitors progress on financial reform. She writes a regular column for Fortune Magazine and is the author of the New York Times Best Seller, Bull by the Horns: Fighting to Save Main Street from Wall Street, and Wall Street from Itself.

She serves on the Boards of Host Hotels, the Atlantic Council and the Volcker Institute for Government Effectiveness, and is a member of the International Advisory Council to the China Bank Regulatory Commission.