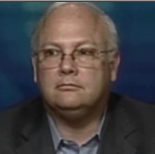 Dr. MacDonald had served as the chief economist and director at KWR International, consulting for the Korean and Japanese governments and private sector investors prior to joining Aladdin. Previously he was director of sovereign research at Donaldson, Lufkin & Jenrette (DLJ). Before joining DLJ Dr. MacDonald was the sovereign analyst at Credit Suisse First Boston focusing on Asian sovereign and state-owned companies. From 1995 through 1999 he was consistently rated as one of the top analysts by Institutional Investor. Dr. MacDonald has also worked for the Office of the Comptroller of the Currency on Brady Plan debt re-schedulings for Argentina and Brazil, and European and Canadian banking issues. He received his Ph.D. in political science from the University of Connecticut, his MA in far eastern studies from the University of London’s School of Oriental and African Studies, and his BA in political science (with Honors) and history from Trinity College. Dr. MacDonald has authored, co-authored and edited sixteen books, and has been a commentator on both television and in the financial press.