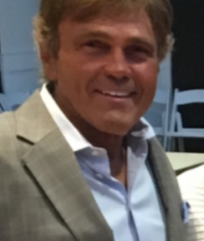 Over the past 35 years, Scott C. Keller has become one of the largest single-private apartment owners in the Western United States. During this period of time, he has specialized in the acquisition and management of thousands of multi-family units throughout the intermountain and northwest areas of the U.S.

From 1977 to 1983, Mr. Keller worked for Ryder Systems, Inc. and was advanced to District Rental Manager for commercial and rental installations in five states. In 1982, he was one of eight out of 30,000 employees to be inducted into Rental Masters – the highest honor and level of recognition the company bestowed upon an employee for exceptional performance in all business functions.

He serves as chairman of the Utah American Diabetes Association and honored as Utah ADA Father of the Year. As a volunteer for the Romney Presidential campaign, Scott became a top fundraiser in the State of Utah. Since then, Scott actively supports many political candidates. Further, he is involved in many philanthropic and charitable causes.