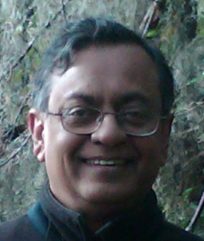 Satyajit Chatterjee is Vice President and Economist and Section Head for Consumer Finance in the Research Department of the Federal Reserve Bank of Philadelphia. He joined the Bank in 1991 and has held his current position since August 2017. Prior to joining the Bank he was faculty at the University of Iowa. He has held visiting faculty positions at the Wharton School and the University of Texas at Austin and is a visiting fellow at Drexel University’s School of Economics.