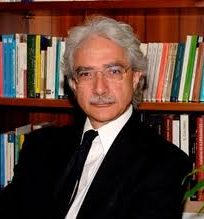 Born in Bari on 6 January 1949. He graduated in mathematics from the University of Bari in 1974. He joined the Bank of Italy in 1976 and worked in the banking supervision division of the Milan branch before moving to the economic research department in 1979. He undertook periods of study abroad at the International Monetary Fund and the Massachusetts Institute of Technology.

He was appointed deputy head of the economic research department in 1997 and department head in 2000. He has represented the Bank in committees and working groups at public and private institutions in Italy and at the main international organizations.

From 2007 to 2011 he served as managing director for economic research and international relations.

In 2011 he is appointed secretary general and advisor to the Directorate (Governing Board) for economic policy matters.