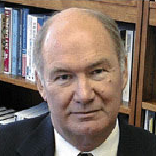 Rudolph G. Penner is an institute fellow at the Urban Institute and holds the Arjay and Frances Miller Chair in public policy. Previously, he was a managing director of the Barents Group, a KPMG Company. He was director of the Congressional Budget Office from 1983 to 1987. From 1977 to 1983, he was a resident scholar at the American Enterprise Institute. Previous posts in government include assistant director for economic policy at the Office of Management and Budget, deputy assistant secretary for economic affairs at the Department of Housing and Urban Development and senior staff economist at the Council of Economic Advisors. Before 1975, Penner was a professor of economics at the University of Rochester.

He is past president of the National Economists Club and, in 1989, he was elected to the Board of Directors of NABE. In 2003, he received the Jesse Burkhead Award for the best article published in Public Budgeting and Finance in 2002.