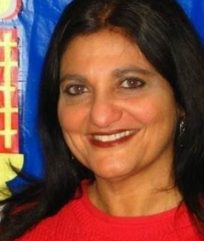 Born and raised in Bahrain, Rose Sager immigrated to the US where she received a B.S. in mathematics and business from City University of New York. Her career has included positions in the financial and insurance industries and training director at a major US airline.

Rose joined the Office of the Economic Representative as trade representative for the Kingdom of Bahrain in 2006. Under the auspices of the Trade Office at the Embassy of the Kingdom of Bahrain, her role is to facilitate and promote the US-Bahrain Free Trade Agreement since its implementation in August 2006. Besides establishing major business/government contacts and increasing bilateral trade, she has promoted the Kingdom of Bahrain at various trade shows, business-to-business networking events, chambers of commerce, World Trade Center forums, women’s associations, universities, etc. Based in New York, Rose continuously seeks to establish Bahrain as the ideal investment choice for the US business market, as well as an exotic tourist destination.