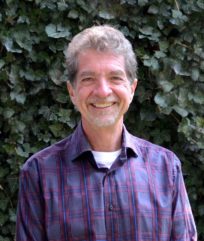 Robert (Bob) Bunting is a scientist and serial entrepreneur, high technology start up expert and educator. He is CEO of the new Climate Adaptation & Mitigations Center, CAC, a 501(c)(3) dedicated to providing a curated data-base and situational analysis in four topical areas impacted by a warming climate. They are: seal level rise, Red Tide, hurricane changing characteristics, and human health. The CAC has a Florida centric focus but once fully operational, CACs in other locations are planned to deal with regional issues specific to climate warming. The goal is to provide a trusted view of the climate warming to spur effective adaptation and mitigation actions from academe, government and industry.  Effective responses can mitigate the worst current impacts of climate warming while a global solution evolves in the decades ahead The vision for the CAC is to clone it around the world using the Florida CAC as a prototype.  A $2M private fundraising campaign is underway to develop the tools the CAC will utilize in its mission.

Bob is widely acknowledged for his ability to make complex issues, including climate warming, easy to understand.  Bob is a key thought leader in the worldwide conversation on climate change and recently planned and moderated a major conference focused climate adaptation and mitigation in Florida and the Sarasota area.  Brining scientists, engineers, academe, governmental entities and the private sector together in join session to help solve major human challenges related to climate has been a hallmark of his career.  Human health, Red Tide, sea level rise and the trend to hurricanes that intensify rapidly and dump record rains are all impacts of climate warming that are happening now.

Bunting has been developing the model based on pattern recognition to be used as a stock market timing tool for more than 20 years of development.  He is an expert in pattern recognition and has worked with the US Government and other governments on identifying important patterns in complex data sets..

Waterstone has helped its clients in securing over $300,000,000 in new capital. Clients included Raytheon, Digital Globe, Intermap Technologies and many others. Utilizing an extensive background in business management, intellectual property development, commercialization, international marketing and sales and organizational development, he has been a major contributor to the success of many companies and not- for-profit organizations. Please refer to his LinkedIn page for a more in depth view of Waterstone projects.

Bunting served as Chief Executive Officer and Chairman of Pathogen Systems Inc. d/b/a Crystal Diagnostics from 2005 until 2011. The mid stage company is commercializing liquid crystal technology in the field of rapid microbe detection. He helped create this company in 2005 and during his service raised about $11M in financing.  He built the enterprise and built its first production facility.  The product is now in product testing at customer sites and the expected product launch is later this year.

At Digital Globe, Bunting recruited a new CEO, and lead the Waterstone team in redefining the company through a new commercially oriented business plan. He played a key role in the company “restart” by helping secure a more than $200M investment from Morgan Stanley. The company is now listed on the NYSE under the ticker DGI.

Earlier he joined the Canadian aerospace company MacDonald, Dettwiler and Associates (MDA), Ltd., where he created a new U.S. subsidiary, booking more than $85M of new contracts between 1992 and 1997. He arranged the initial connection between Orbital Sciences Corporation (OSC) and MDA that resulted in MDA being acquired by OCS shortly thereafter.

Prior to joining MDA, Bunting was Chief Operating Officer and co-founder of the University Corporation for Atmospheric Research (UCAR) Foundation, which oversees the commercialization of all intellectual property generated by the world-renowned National Center for Atmospheric Research in Boulder (NCAR), CO. He was also a Vice President at UCAR, founder of the Corporate Affiliates Program and a member of the UCAR management committee.

Within the academic community, Bob was instrumental in the development of the Entrepreneurship Program at the University of Colorado Leeds School of Business where he served on the faculty.  At St. Louis University, Meramec College, Washington University, Indiana University-Purdue University at Indianapolis and Metro State College (Denver), Mr. Bunting taught courses in atmospheric science.

Bob has also appeared frequently on radio and television as a meteorologist including at KMOX in St. Louis, the NBC Today Show and Channel 2 in Denver and many others.

Since 1988, Bunting has been on the Board of Directors for the Colorado Music Festival for 22 years. He is presently on the Advisory Boards of the University of Colorado College of Music and the Deming Center for Entrepreneurship.

Bunting was a scientist for both the National Oceanic and Atmospheric Administration (NOAA) and the NCAR and was a Lead Forecaster for the National Weather Service.  Mr. Bunting holds BS & MS degrees in Atmospheric Science from St. Louis University, completed additional PhD coursework and has about 100 semester hours of study in math and physics.