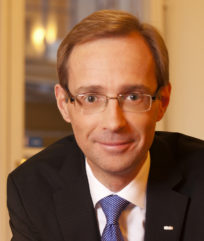 Robert Bergqvist was appointed chief economist at SEB in 2007 and is responsible for managing the bank’s wider economic analysis research team.

Robert holds an M.Sc. in economics and statistics from the University of Linköping, Sweden.