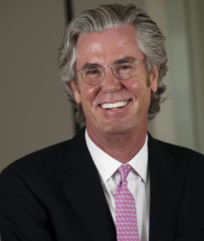 Paul McCulley is Senior Fellow in Financial Macroeconomics for Cornell Law School’s Jack G. Clarke Program on the Law and Regulation of Financial Institutions and Markets. Prior, he was the Chief Economist and Managing Director at PIMCO where he served as a member of the Investment Committee in Newport Beach, and authoring the publication, Macro Perspectives. Paul previously retired from PIMCO at the end of 2010, after a decade as Managing Director and Portfolio Manager. He also headed the firm’s Liquidity and Funding Desk, as well as led PIMCO’s Cyclical Economic Forums and authored the monthly research publication, Global Central Bank Focus. During his years in retirement, McCulley was Chair of the Global Society of Fellows at the Global Interdependence Center, of Philadelphia. Earlier in his career, Paul was Chief Economist for the Americas at UBS, where he was named to six seats on the Institutional Investor All-America fixed income research team. Known for coining the terms Shadow Banking System and Minsky Moment, McCulley holds an MBA from Columbia Graduate School of Business and a BS from Grinnell College, of Iowa.