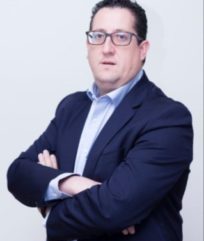 Oscar Arce is Director General for Economics, Statistics and Research, member of the Executive Commission of the Banco de España and Alternate to the Governor on the Governing Council of the European Central Bank. He is also a member of Spanish Higher Statistics Board and of the Board of Trustees of CEMFI and FEDEA, sitting in this latter case on this Foundation’s Executive Board. He also was appointed as a member of the Economic and Financial Committee of the European Union.

Previously he was the Associate Director General of Economics and Research of the Bank of Spain, where he also has served as Director of Monetary and  Financial Studies and as Head of the Division of Macroeconomic Analysis and Forecasting. Before, he was the Director of the Research and Statistics department at the Spanish securities markets commission (CNMV), Deputy Director General at the Economic Bureau of the Spanish Prime Minister and prior to that he worked as a senior economist at the Bank of Spain.

He is member  of the Monetary Policy Committee of the Eurosystem and before he  was involved in the work of several international bodies with responsibilities on the fields of securities markets and systemic risk, including the European Securities and Markets Authority (ESMA), the European Systemic Risk Board (ESRB) and the International Organization of Securities Commissions (IOSCO).

Mr Arce holds a PhD in Economics from the London School of Economics  and  Political Science and has written extensively on macroeconomic, monetary and financial issues, including some articles published in top academic journals.