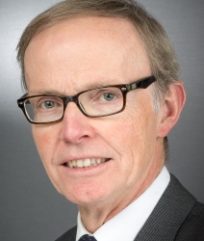 He started his career at the French Ministry of Finance where he held various positions. In particular, he was the Economic Adviser to the Finance Minister from 1994 to 1997, and to the Treasury’s Director in 1992-1993. He also served as an economist at the US Federal Reserve Board in Washington DC from 1990 to1992.

He is a graduate of Ecole Polytechnique, Ecole Nationale de la Statistique et de l’Administration Economique (E.N.S.A.E.), and the University of Paris-Dauphine.