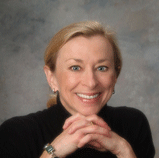 Nancy Bush has long been noted both for the strength of her views on the banking industry and for the excellence of her written product. As an analyst independent of investment banking conflicts, she has made stock calls that sometimes brought her into controversy with company managements—such as her “Sell” rating on Bank of New England in 1988 (which resulted in a communications embargo on the part of that now-defunct company) and a request from CoreStates’ then-CEO Terry Larsen in 1995 to discontinue coverage of that company after her condemnation of a proposed CoreStates-Bank of Boston deal. (The request was denied.) Her first call notes were avidly read by bank managements and investors alike, and resulted in extensive quotation in industry publications such as the Wall Street Journal, the American Banker, and others. She also consistently received high rankings in Greenwich surveys during her sell-side career for her high level of industry knowledge.

Ms. Bush made her jump to the “sell-side” of Wall Street in 1985, after having been a portfolio manager and analyst at Sentinel Advisors, the mutual fund advisory arm of National Life of Vermont. She joined the old Philadelphia brokerage firm of Butcher & Singer in November of that year, and quickly made her mark with the “Banking Quarterly Review,” making that publication one of the most-often quoted and widely read brokerage publications in the Middle Atlantic region. In 1987, she moved to the big-time—New York City—as the regional banking analyst at Dean Witter Reynolds, where she expanded her coverage from the Middle Atlantic to include Southeastern and Western banking companies. From there, she moved to the venerable Wall Street firm Brown Brothers Harriman in 1990, serving as Senior Banking Analyst and later also as Assistant Director of Research. Forsaking the interminable Wall Street commute in 1998, she joined Ryan, Beck & Co., a Livingston, New Jersey, financial services boutique, as a senior bank analyst and—after a short return to New York to work as senior banking analyst at Prudential—later returned to Ryan, Beck as director of financial institutions group Rrsearch. Throughout her sell-side career, she has tracked the progress of companies such as Wells Fargo, Bank of America and SunTrust, among others, through their evolutions from smaller regional banks into today’s mega-regionals.

Ms. Bush has also been a sought-after speaker in the banking industry. Recent speaking engagements have included a presentation at the Chicago Fed conference on “Banking Structures and Competition,” as well as an address to the BAI Transpay Conference in Las Vegas. Past engagements have included addresses to senior managements at FleetBoston, Wells Fargo, and SunTrust, among others, and speeches to senior examiners at the Office of the Comptroller of the Currency and numerous banking industry groups, including most recently the Georgia Bankers Association. She has also recently become affiliated with SNL Financial, the financial services industry’s best-known provider of news and data services, where she is a contributing editor.

On the personal front, Ms. Bush resides in Hunterdon County, New Jersey, where she stays active in the horse world as well as the Wall Street world. She is a member of the Boston Bank Analysts Association, the New York Society of Security Analysts, and has also served as an intelligence officer in the U.S. Naval Reserve, resigning at the rank of lieutenant commander in 1993.