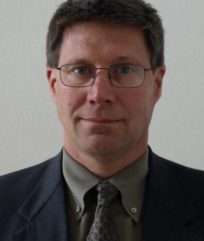 Mike co-founded Action Economics in 2004, with seven of the current ten economists and analysts, with Mike serving as the Principal Director and Chief Economist. Action Economics provides independent premium intra-day global macroeconomic commentary on Fixed Income and FX market activity. The service is used by banks, central banks, hedge funds, and money managers in the world’s major financial centers as a key source of independent and credible market analysis.

Before Action Economics, Mike worked for 21 years as Chief Economist for MMS International, where he was a pioneer in the real-time financial markets commentary industry. Under Mike’s leadership, MMS expanded the breadth and depth of the MMS Treasury product and launched a broad array of Currency and debt market products.

During Standard & Poor’s ownership of MMS from 1991 to 2002, Mike held the title of Chief Market Economist for Standard & Poor’s, and served on the Standard and Poor’s Forecast Council. Mike is widely quoted in the financial media, and is frequently quoted on CNBC, Bloomberg, Reuters, and Fox Business News.

Mike has a Ph.D. in economics and an M.A. in statistics from the University of California at Berkeley. He studied at the London School of Economics and has a B.A. in economics from Middlebury College. In addition, Mike previously was on the Board of Directors for the National Association of Business Economics, was Chair of the NABE Financial Roundtable, and was President of the San Francisco Chapter of the NABE.