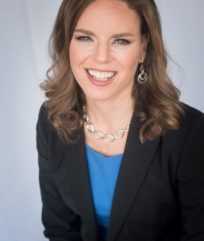 Megan has been a leading voice in global macroeconomics on both sides of the Atlantic for the past 15 years. She is currently a Senior Fellow at the Mossavar-Rahmani Center for Business and Government at the Harvard Kennedy School. Her role includes teaching and writing, and her main focus is the drivers of wage and income inequality globally.

Megan writes a monthly column on global economics for the Financial Times (https://www.ft.com/megan-greene) and has written frequently for Politico (https://www.politico.eu/author/megan-greene/), Bloomberg View (https://www.bloomberg.com/opinion/authors/AQsbxrxBmG8/megan-e-greene) and Foreign Affairs (https://www.foreignaffairs.com/authors/megan-greene). She regularly appears as an expert on global macroeconomics on Bloomberg TV and radio, CNBC, CNN, NPR, the BBC and Sky News. She is a member of the board of directors of the National Association for Business Economists (https://www.nabe.com/), the Parliamentary Budget Office in Ireland (https://bit.ly/2LJPuyc), Rebuilding Macroeconomics (https://www.rebuildingmacroeconomics.ac.uk/) and Econofact (https://econofact.org/). Megan is a member of the Council on Foreign Relations and serves as an Affiliate of the Rhodes Center for International Economics and Finance at Brown University, a Non-Resident Fellow at Trinity College Dublin and a Non-Resident Senior Fellow at the German Marshall Fund. She was the first female member of the centuries-old International Club of Business Economists and has taught seminars on sovereign debt crises and global macroeconomics at Princeton University, Brown University, the European University Institute and Trinity College Dublin. She regularly advises governments and central banks in the US, UK, eurozone and Japan.

She was previously the Global Chief Economist at Manulife/John Hancock Asset Management, where she was responsible for forecasting global macro trends and providing analysis to support the firm’s investment teams around the world. Prior to working at Manulife, Megan ran her own London-based economics consulting practice, Maverick Intelligence, serving global private sector clients as well as a number of governments and central banks. Megan cut her teeth as an international economist by covering Europe through the depths of the euro crisis, first at the Economist Intelligence Unit and then running the European research team at Roubini Global Economics. She first became renowned for her coverage of the euro crisis in 2008, when she correctly predicted a Greek government bailout and eventual debt write down. A leading expert on the euro crisis, her views were widely sought on the German, Irish, Italian, Portuguese, Spanish, Cypriot and German economies as well. Additionally, she advised both the UK House of Commons and House of Lords on the Brexit referendum.

She holds BA in Political Economy from Princeton University and a MSc in European Studies from Nuffield College, Oxford University.