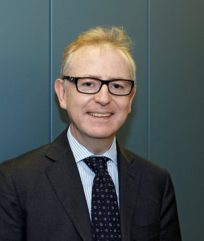 Massimo Rostagno is Director of the Directorate Monetary Policy within the ECB’s Directorate General Economics. Before joining the European Central Bank in 1998, he was a research economist at the Banca d’Italia and later desk Economist in the European Department of the IMF. He has written on the political economy of fiscal policy, on the reform of social security, on the history and theory of monetary standards, on stochastic general equilibrium macro-modelling and on monetary economics in general. He has published in the American Economic Review, the Quarterly Journal of Economics, the Journal of Money, Credit and Banking, the Journal of Economic Dynamics and Control and contributed to several other publications.