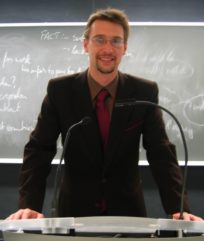 Martin Sandbu is the economics leader writer for the Financial Times. He has been a senior research fellow at the Zicklin Center for Business Ethics Research at the Wharton School, University of Pennsylvania, and a postdoctoral research fellow at the Earth Institute, Columbia University. Sandbu has written and lectured widely on economic policy, economic development and natural resources, business ethics, and political philosophy. His work has been published in academic journals in economics, philosophy, and political science, and he is the author of several policy reports. He has appeared on the BBC World Service, NPR Morning Edition, and CNBC and many other broadcast shows. Martin Sandbu’s book Just Business: Arguments in Business Ethics has just been published by Prentice Hall. (Customers in Europe, please go to Pearson’s UK online store.) Sandbu has a B.A. in philosophy, politics, and economics from Balliol College, University of Oxford, and an A.M. and Ph.D. in political economy and government from Harvard University.