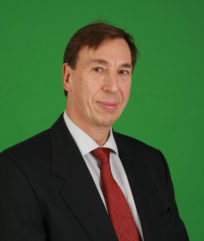 Martin Barnes is the chief economist at BCA Research. He joined BCA Research in late 1987 and for 18 years he was responsible for The Bank Credit Analyst, the company’s highly respected flagship service. His analysis of the economic and financial outlook is widely followed around the world, and he is known for providing leading-edge research on a broad range of subjects of relevance to investors. He is quoted regularly in the press and speaks frequently at investment conferences. In his book The Ultimate Investor, the legendary investor Dean LeBaron featured Mr. Barnes as one of “The People That Make Modern Investment.”

Prior to joining BCA, Mr. Barnes spent 10 years as chief international economist with Wood Mackenzie, one of the top U.K. brokerage firms. From 1973 to 1977, he was an economist with British Petroleum in London.

Mr. Barnes is on the board of trustees of the University of Victoria Pension Fund and is a member of the National Association of Business Economists, the Conference of Business Economists and the Montreal and Victoria Societies of Financial Analysts. He received his economics degree from the University of Strathclyde, Glasgow and moved from Scotland to Canada in 1987.

BCA Research, based in Montreal, is one of the world’s leading independent providers of global financial market research. Its client base includes financial institutions, corporations, governments and high net worth individuals in every major country.