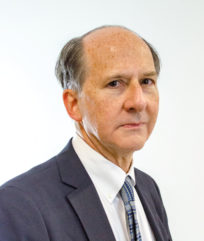 Mark Sobel is US Chairman at OMFIF. Mark is a veteran US Treasury official, who was at the forefront of international financial diplomacy for two decades.

Mark, who represented the US on the International Monetary Fund executive board up to April 2018, has had a 40-year Treasury career with extensive around-the-world engagement.

He works with OMFIF in dealings with private and public sector organisations, speak regularly on international and US policy, and provide OMFIF members with insight and analysis.

Mark was Treasury Deputy Assistant Secretary for international monetary and financial policy between 2000 and early 2015. He helped lead Treasury preparations for G7 and G20 finance minister and central bank governor meetings, formulated US positions at the IMF, and coordinated Treasury and regulatory agencies’ work in the Financial Stability Board.